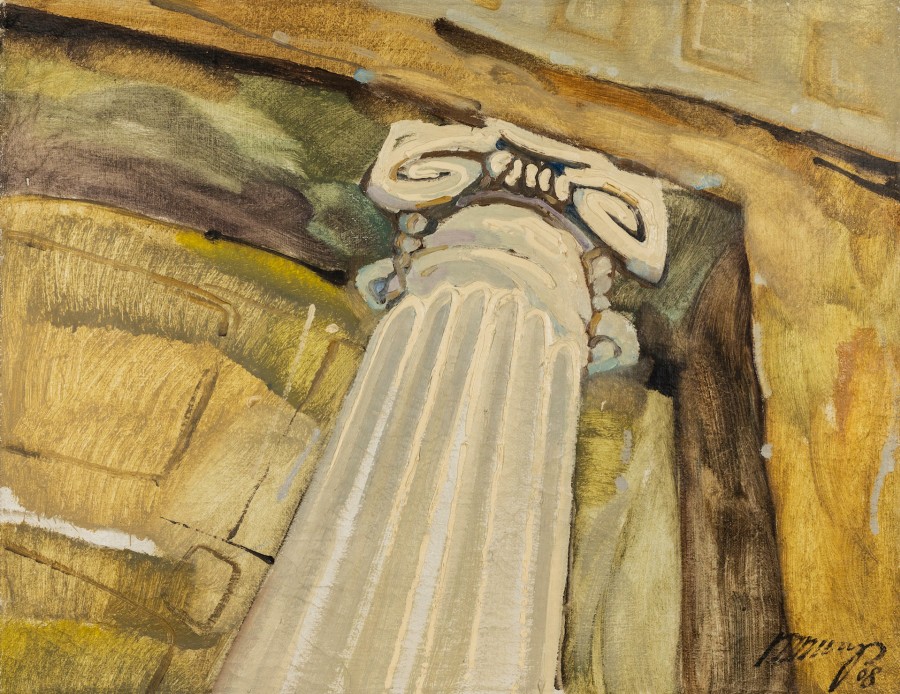 This artwork was painted in Šakiai, Gelgaudiškis Manor. Column - the column of Gelgaudiškis Manor, the symbol of the manor. Together with other artists, R. Dagys painted the completely unrestored heritage of the manor. When they found the manor, it was dilapidated, unkempt and had been abandoned for many years. That spirit is captured here, but the column, on the other hand, reflects culture, its figure never seems to collapse. The artist has captured what he felt he had to capture that was most precious to this manor. After the plein-air, the artists were allowed to hold an exhibition of their work in the same mansion. The exhibition was attended by everyone in the town. These people had served there, worked there, seen the manor every day, lived with it. "They didn't really look at our work, they looked at the walls, at the torn ceiling, and memories chased them from room to room," recalls the author.